The New Yorker: Why Is the Spanish Government Afraid of a Puppet Show?

The Witch and Don Cristóbal” débuted in January at an anarchist library in Granada, the latest production by the two-man troupe known as Títeres Desde Abajo (“Puppets from Below”). It tells the story of a squatter, the Witch, and an abusive landlord, Don Cristóbal, who comes to evict her from the house that he owns, sexually assaulting her in the process. The Witch manages to kill Cristóbal, but not before she becomes pregnant. This inaugurates a series of further misfortunes. A nun comes to take the infant away, and the Witch fights her off, stabbing her with a crucifix. Then a policeman shows up, knocks the Witch down, and tries to frame her as a radical, planting a meatball bomb and an inflammatory placard—“GORA ALKA-ETA”—beside her. “Gora,” in Basque, means “Long live,” and ETA is the acronym for Euskadi Ta Askatasuna, a Basque separatist group. “Alka-ETA,” in Spanish, sounds an awful lot like “Al Qaeda.” A judge appears with a noose in hand, ready to execute the Witch as a mega-terrorist, but she tricks him into hanging himself. Francisco Andújar, who attended the première, told me that it was entertaining, if a little puzzling. “Most of the play was in Esperanto,” he said. “The Judge spoke Latin, and the Witch was just making noises.”

A subsequent performance, at a public square in central Madrid, didn’t go as smoothly. Although the puppeteers, Raúl García Pérez and Alfonso Lázaro de la Fuente, had listed “The Witch and Don Cristóbal” on the section of their Web site devoted to “popular theatre,” the city’s Carnaval promoters advertised it as a children’s show. Realizing the mistake, García and Lázaro cautioned the audience that the performance would depict terrible and violent acts. But the warning wasn’t enough. Someone called the police, and the two men were arrested. Local media depicted “The Witch and Don Cristóbal” as a horror show that encouraged children to occupy empty houses, and in which a pregnant woman and a nun were stabbed, a judge was hanged, and a terrorist banner was raised. Judge Ismael Moreno, of Spain’s National Court, charged the puppeteers with incitement to hatred or violence and “glorifying terrorism” and sent them to prison, pending trial. He denied them bail.

How did a slapstick allegory about sociopolitical witch hunts become the subject of, well, a sociopolitical witch hunt? Bad programming and cultural misunderstanding might account for some of the public reaction. Títeres Desde Abajo operates squarely in the tradition of commedia dell’arte. Don Cristóbal is the Spanish counterpart to Italy’s Pulcinella, or Britain’s Punch. Armed with his characteristic stick and squeaky voice, he has been clubbing and swearing his way across Europe for centuries, subverting established values. (Even Federico García Lorca once wrote a part for him.) In the British incarnation, Punch is usually asked by his wife, Judy, to care for their baby. Inevitably, he neglects his parental duties, throwing the child out a window or dropping him into a sausage machine. As times and ideas about childhood changed, so did the age rating of the show. Offensive characters were retired, plot lines made less violent. In 1896, J. M. Barrie, the creator of Peter Pan, mocked these attempts at dilution. In his novel “Sentimental Tommy,” a Punch performer is compelled to say, each time a puppet misbehaves, “Let this be a lesson to you never to destroy your offsprings,” or “Do not bash the head of your loving wife.”

Modern inheritors of the tradition have sometimes run into trouble. In 2005, Brent DeWitt, an American “professor” (as Punch and Judy performers are known), used Saddam Hussein and Osama bin Laden as villains in a performance in the United Kingdom. Concerned parents reported it to the district council near Broadstairs, Kent, which asked DeWitt to remove the characters. “I’d say he misread what you can get away with,” Glyn Edwards, a member of the Punch and Judy College of Professors and the author of two books on the subject, told me. “For us, having a Donald Trump figure seek Mr. Punch’s vote only to be put into the traditional prop sausage machine and emerge as a string of sausages with a comb-over would work. But any specific party political comment within the scene would be seen as inappropriate to the sight gag underlying it.” Edwards doesn’t consider Punch violent, at least not perniciously so. “It’s all physical comedy, which glove puppets excel at,” he said. “Ask Miss Piggy about her karate chops!”

In the case of García and Lázaro, there is something more at stake than a mere disagreement over taste. A statement by Amnesty International noted that the recent hardening of Spain’s anti-terrorism laws has left the criminal code full of “vague and overly broad definitions,” which “can result in disproportionate restrictions on human rights, including the right to freedom of expression.” The puppeteers’ defense attorney, Daniel Amelang López, told me that Moreno’s ruling seems to imply that “showing a placard is a crime, independent of its context.” Amelang López quoted the text: “any person reading the words on the placard displayed by the indicted, ‘GORA ALKA-ETA,’ can see that it is praising or justifying either the authors of terrorist acts or the acts themselves, and the fact that the display takes place ‘under the guise’ or ‘on the occasion’ of the staging of a puppet show does not suggest that the behavior shouldn’t be penalized.” In a public statement, Amelang López and his colleague Jaime Montero pointed out what they saw as a double standard: How could a democracy pay homage to García Lorca and cry “Je suis Charlie,” then imprison a pair of satirists?

Spaniards are sensitive to the threats of terrorism, particularly in Madrid, but the puppeteers could not be linked to any fundamentalist activity. (The National Confederation of Labor, an anarchist group, acknowledged one of them as a “comrade,” the other as a “friend.”) García and Lázaro, however, do seem to fit the profile of a different sort of enemy, one that the conservative administration of Mariano Rajoy, Spain’s Prime Minister, and his Popular Party have been targeting of late: the advancing left. In the past year, as the country has continued its slow journey out of financial crisis, anarchists have been arrested in droves, only to—in many cases—be released later. According to Soledad Gallego-Díaz, a longtime journalist and former deputy editor of the newspaper El País, these raids “don’t correspond at all to any real increase in subversive activities.” Rather, she told me, they “come out of the government’s overreaction and its desire to play on the fears of a middle class that was hit hard by the crisis.”

In local elections last May, the P.P. lost control of Madrid, a traditional stronghold, to a leftist alliance that included the main opposition group, the Spanish Socialist Workers’ Party (P.S.O.E.), and Podemos (“We Can”). Then, in December, the P.P. lost on the national level, failing to retain the parliamentary majority that it secured in 2011. The deadline to form a new coalition government was Tuesday; if lawmakers fail to reach a consensus soon, there will be a new round of elections, likely in June. García and Lázaro wandered right into the eye of this political storm. Their arrest has become a wedge issue. Rajoy’s Interior Minister, Jorge Fernández, proclaimed his support for their imprisonment, and conservative voices across the country decried the exposure of innocent children to terrorist propaganda. Manuela Carmena, the leftist mayor of Madrid, wavered. First she apologized for the play and tried to take credit for apprehending the puppeteers; then she blamed the incident on a programmer, who she said was fired immediately; eventually, she characterized the accusations against García and Lázaro as “disproportionate.”

On February 10th, as street protests on behalf of Títeres Desde Abajo were about to begin, Moreno reversed his decision. He ruled that the puppeteers were not, in fact, a flight risk and noted that they would not be able to perpetrate their alleged crime again, since the police had seized their props. But they had to surrender their passports and report in every day, and they still face the same terrorism charges, punishable by up to four years in prison. Once they were free, the puppeteers released a statement thanking the public for their support and apologizing to anyone who might have felt offended by their work. “We can only emphasize the concern we feel now,” they wrote. “The concern that, one day, Don Cristóbal will come with his stick and cudgel us down, as he did the other day, because he didn’t like the show.” 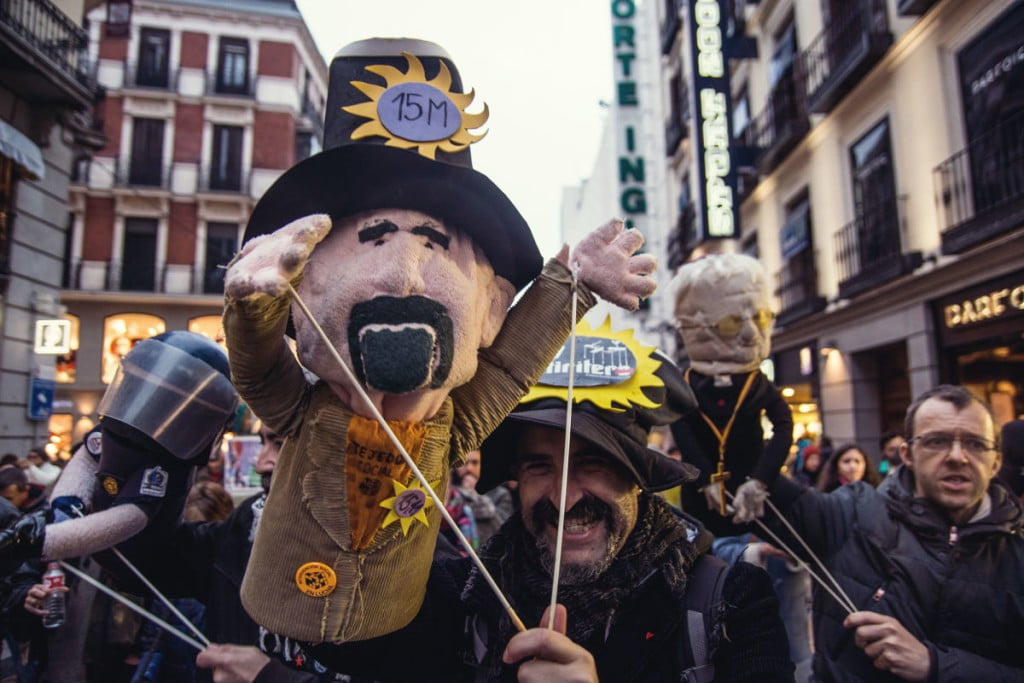 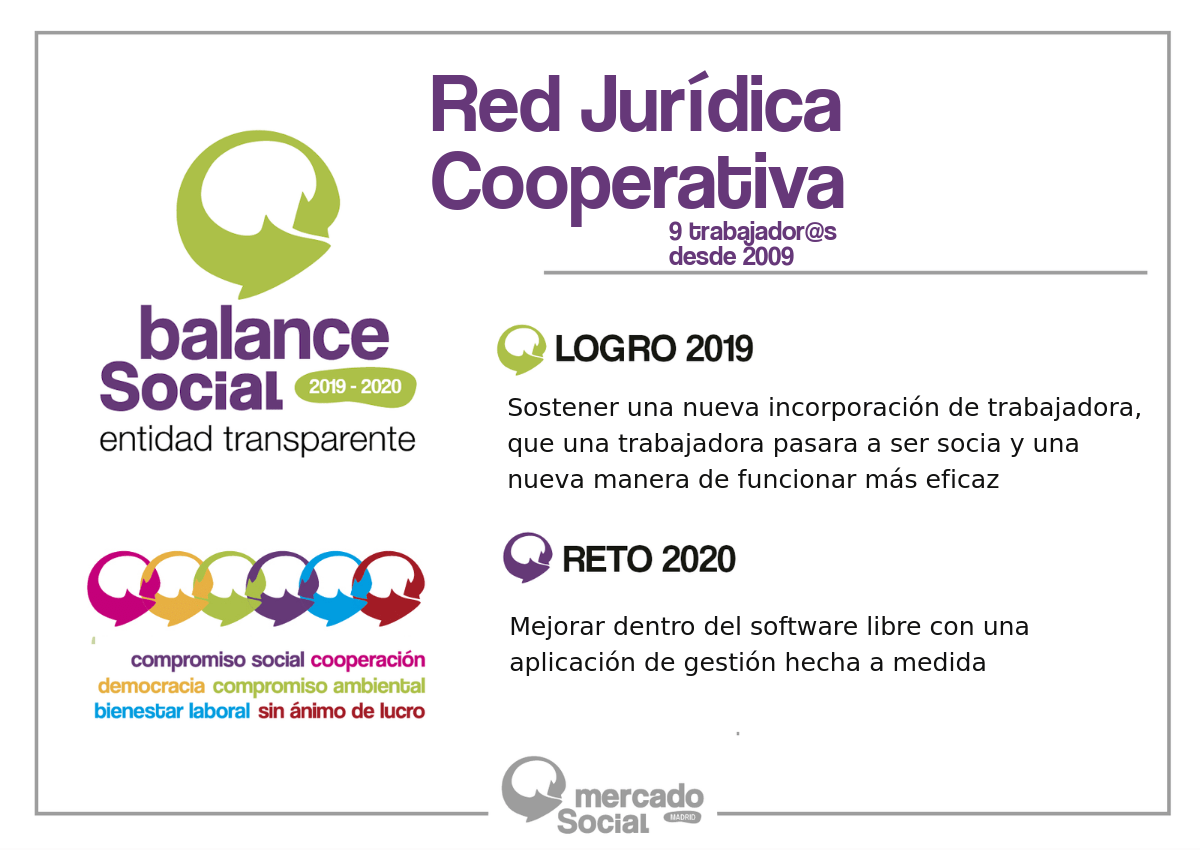